Sri Lankan President Gotabaya Rajapaksha issued a gazette No. 2222/13 – MONDAY, APRIL 05, 2021 banning oil palm cultivation in Sri Lanka. The decision is a not a surprise as it was a promise made by the president during his presidential race responding to a long battle by the environmental movement in Sri Lanka.

In 2018 Centre for Environmental Justice – CEJ produced a briefing paper on the impacts of Oil palm cultivation in Sri Lanka. Our research found that plantations located in the rural settings heavily destroy the natural systems on which local people widely depended. CEJ said that local people have the right to oppose and to engage in such decisions regarding Oil Palm cultivation which brings disaster to the agroecology systems. CEJ was in the opinion that the local people should be consulted prior to taking such decisions and no Oil Palm cultivation should be expanded without listening to their grievances. CEJ believed that the Plantation industry and the Government agencies should respect the rights of the local communities and rights defenders and refrain from harassing them when raising their voice on the social, environmental and livelihood rights of the local communities.

However, the palm oil business was expanded in the last 5 years since the Coconut industry started exporting virgin coconut oil to Europe. Meanwhile, the Government of Sri Lanka allowed mixing coconut oil and palm oil for local consumption. It was found that companies have been importing unprocessed palm oil and coconut oil to Sri Lanka from Malaysia. Soon before the Palm oil cultivation was banned, samples of imported coconut oil were found contaminated with Aflatoxin. As a result, government also banned importation of Palm oil but soon relaxed the regulation allowing the import of palm oil needed for the bakery industry.

The Gazette states “ WHERE representations have been made to me that the Oil Palm cultivation already widespread in Sri Lanka has been causing soil erosion, drying of springs thus affecting bio diversity and life of the community, And whereas, having regard to the fact that public dissatisfaction at the continued cultivation of Oil Palm by large scale companies regardless of disastrous consequences that may affect to the caused on environment has been conveyed to the Cabinet of Ministers and that thereupon the Cabinet of Ministers has reached a decision to impose a ban on the Oil Palm cultivation, And whereas, considering the fact that the Government is obliged to give effect to the directive principles of state policy prioritizing on protection of environment and welfare of the public as enshrined in articles 27(2)(c), (e) and 27(14) of the Constitution of the Democratic Socialist Republic of Sri Lanka.”

Gazette also states, “Emphasizing that it is a fundamental right to conserve a sustainable environmental system within the national development possess. I do hereby virtue of the powers vested in me by Article 33 of the Constitution of the Democratic Socialist Republic of Sri Lanka order that the cultivation of Oil Palm be totally prohibited in Sri Lanka.”

Gazette also recommends uprooting existing cultivation. It says “Furthermore, I hereby direct that in order to systematically remove the Oil Palm cultivation and nurseries already launched action should be taken to utilize yearly about 10 % of the land under Oil Palm cultivation for rubber planting or any other cultivation conducive to conservation of water resources. Furthermore, I do hereby direct Hon. Ministers, Secretaries to Ministries and Heads of relevant Institutions, who have been delegated powers by the Gazette notification No. 2187/27 dated 09.08.2020 and relevant amendments thereto, to implement this decision and to give effect to relevant laws, rules and regulations in order to adopt measures incidental thereto and to discharge the responsibilities and functions assigned. Furthermore, I hereby direct any state employees or any officer in any Ministry, Government Department, State Corporation or any other such Institution to carry out early such duties as are assigned as stated above.”

Other than the local plantations involve on Oil Palm cultivation, there is one country not happy about decision. It is Malaysia. Sri Lanka imports around 90 % of its total 200,000 tons from Malaysia. Malaysia’s Minister of Plantation Industries and Commodities Datuk Dr. Mohd Khairuddin said that Sri Lanka’s decision “is a discrimination against the country’s product. But it will not affect the country’s oil palm industry”.

Malaysia took legal action at the WTO against the European Union and member states France and Lithuania for restricting palm oil-based biofuels. It might not be the case in Sri Lanka as they think the volume affected by the Sri Lankan ban is insignificant, considering Malaysia produces and trades in around 20 million tons of palm oil per year. But Sri Lanka’s top two export products to Malaysia – apparels and rubber may become vulnerable according to some experts.

It was not an easy lobby. During a decade long battle against oil palm cultivation several activists were arrested including Ven Chandrajothi Thero in 2019.

Reasons for opposing Oil Palm cultivation in Sri Lanka is not the same as the reasons for the opposition in Indonesia. Instead, it was the rubber plantations introduced Oil palm in the recent years uprooting rubber. There was no natural forest destruction such as in the case of Malaysia, Indonesia or in Papua New Guinea.

Oil palm cultivation started in 70s in the Gall District in the tea estates. But there was not much demand as there were plenty of coconut cultivations in Sri Lanka. Then Sri Lanka was a coconut oil exporting country, and its main edible oil was then supplied by native coconut plantations. Once the coconut plantations were destroyed due to the increased demand of land for housing, pro Oil palm experts took the opportunity to expand the industry.

Thus, since 90s few rubber plantations backed by few Rubber and coconut experts started uprooting rubber and planting Oil Palm. Previous regime decided to plant 20,000 Ha of Oil Palm mainly in Kalutara, Rathnapura and Kegalle districts. They also started planting oil palm in the Mahaweli zone which is in the dry zone of Sri Lanka. Despite the opposition by environmental activists and local communities, the cultivation was continued. The opposition lead by Rainforest protectors and allied organizations was very high in Deraniyagala in the mid country and in Baddegama in the southern province of Sri Lanka.

The opponents said that Oil palm absorb too much water which dry up the soil and destroys the water table. They also claimed that plantations destroy small forest patches and the river reservations which were protected while there were rubber plantations. Oil palm planters destroyed the biodiversity and other plantations and even hired local people to kill porcupines and other animals which destroyed the young oil palm plants.

A committee appointed by the Central Environmental Authority in 2018 recommended that Establishment of new plantations, expansion of existing plantations and re-plantation of oil palm should be discontinued in Sri Lanka and Importation of viable oil palm seeds should be banned with immediate effect under the export and import control Act and other relevant regulations. 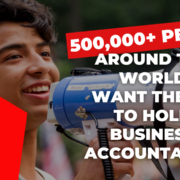 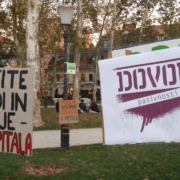 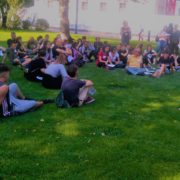 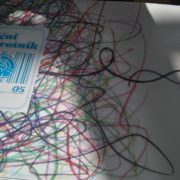 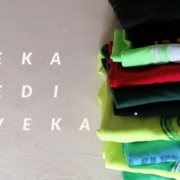 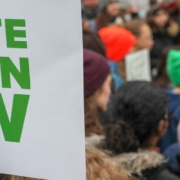 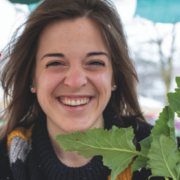 V Focus-u imamo radi piškotke. Predvsem iz domače peke. Iz lokalnih, ekoloških ali pravično-trgovinskih sestavin.  Zbiramo pa tudi tiste, ki so namenjeni izboljšanju vaše uporabniške izkušnje.
Obvezni Vedno omogočeno
Necessary cookies are absolutely essential for the website to function properly. These cookies ensure basic functionalities and security features of the website, anonymously.
Funkcionalnost
Functional cookies help to perform certain functionalities like sharing the content of the website on social media platforms, collect feedbacks, and other third-party features.
Delovanje
Performance cookies are used to understand and analyze the key performance indexes of the website which helps in delivering a better user experience for the visitors.
Analitika
Analytical cookies are used to understand how visitors interact with the website. These cookies help provide information on metrics the number of visitors, bounce rate, traffic source, etc.
Oglaševanje
Advertisement cookies are used to provide visitors with relevant ads and marketing campaigns. These cookies track visitors across websites and collect information to provide customized ads.
Drugo
Other uncategorized cookies are those that are being analyzed and have not been classified into a category as yet.
SAVE & ACCEPT