Renda, our intern and volunteer, was working in Focus from May to September 2018. In August she took the initiative and organised a clothes swap in the environmental Centre in Ljubljana. She explains the benefits of this mode of consumption:

“Clothes swap” responds to a multitude of issues around the textile industry, namely the problems in production and consumption of clothing. As well explained in the documentary “The true cost”, which I advise anyone who wants to know more about textiles, our clothes are not sold at their fair price, their true cost. But what does true cost mean? As the name suggests, the textile industry has changed the prices and value of our clothing, enriching major brands at the expense of devastated environment and exploited workers who are at the origin of the manufacture of our clothes.

But it’s not just a monetary cost.

Indeed, the fashion industry is violating human rights by enslaving workers who can barely see the day light. And yet, they do not even have enough to live, suffer from hellish cadences that kill them quickly, and work in a very dangerous environment, as the Rana Plaza[1] disaster demonstrated in 2013. In addition, by buying clothing from major brands, we participate in the currently most polluting and most toxic industry in the world, since our clothes are made from dyes and various toxic products dangerous to health. These products are dumped into drinking water currents, often in different parts of Asia, and are the cause of worker’s, consumer’s and seller’s diseases, as these toxic components penetrate the skin’s walls when wearing a new garment[2].

Clothes swap is one of the solutions, beneficial from many points of view: we no longer participate in destroying the planet and our health, we no longer enrich cynical multinationals stimulated only by the profit of shareholders. We do not participate anymore in devastation of other human lives. We are no longer subject to the dictate of fashion that destroys the lives of girls who are forced to lose weight at the root of a multitude of cases of anorexia. We stop participating in a capitalist dynamic of endless accumulation and take into account the materials and the forms of clothing which are adapted to our context and to our bodies in a more minimalist logic.

The list of advantages of a local alternative fashion and/or second hand, but especially ethical exchange is still very long! Especially since there is enough clothing on Earth today to no longer have to force people to create more clothes that are made with fossil resources. Indeed the pace of creation of clothing could today slow down to create only clothes in good materials, local, by artisanal designers, and circulate the already existing clothes.

It seems to me also important to create – unlike actual shops – moments of society, of exchange, which favours discussions and encounters. This event, last August, like most clothes swaps I participated, really allows to meet people, to have good time together, discuss around clothes and different values. Sometimes the context favours sharing even more, as it was the case with the swap clothes that took place on the Fair Trade Day organized by Focus and its partners, since it was a question of sharing a picnic.

When I started to study the theme of clothing, I felt a deep discomfort, a disgust of what I was wearing. Since then I only dress second hand or local and ethical clothes, to “true cost “. I feel much more proud of my clothes, and at ease in them. With the idea in mind that, if I do not like a piece of clothing, I can exchange it! The advantage that we find in swap clothes rather than in the second hand selling for example (which are also a nice alternative to the first hand clothing), is that it is even more radical and revolutionary, because we demonetise the garment, that there is no money involved. 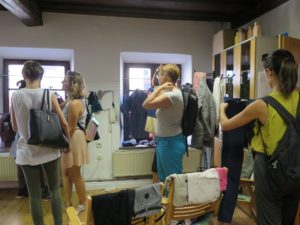 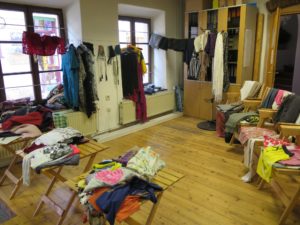 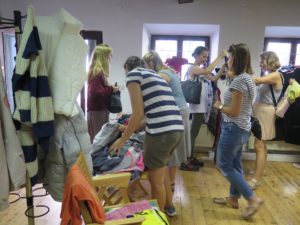 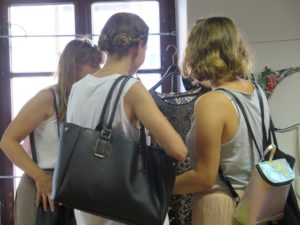 [2] Not to forget, that skin is human’s biggest organ. 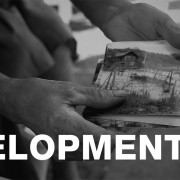 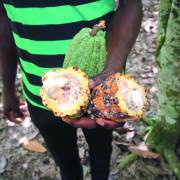 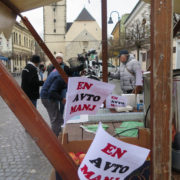 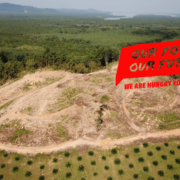 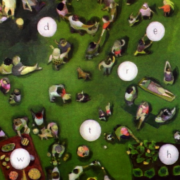 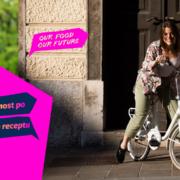 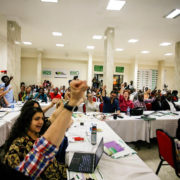